Our friends over at the Center for Rural Affairs have a great piece on Nebraska’s increasingly competitive markets for wind power generation. Have a read below – this is stellar news.

In fact, our wind power capacity has grown by 38% during the first quarter alone. Is 2011 the year we turn the corner and take advantage of the resources at our disposal? 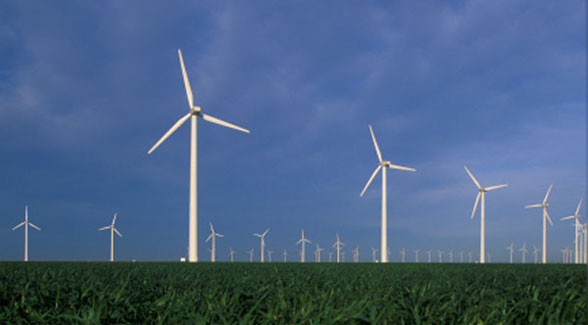 This capacity increase is the result of one new development, the Laredo Ridge Wind Farm. By all accounts, the project is a success. Laredo Ridge has been given a high performance rating during the first two months of operation, a result of producing energy at a level that far exceeds expectations. The 54 turbines employed produce 81 MW of electricity per year.

Closer scrutiny shows these numbers, while notable in their own right, are more remarkable for what they don’t show: Nebraska has a long way to go. While ranking second in growth due to a 38% capacity increase is impressive, needing only one 81 MW project to get there isn’t.

As a state, Nebraska’s wind resources rank fourth in the U.S., enough to provide our current electricity needs 120 times over. Despite this ranking, wind is being used to meet less than 1% of our energy needs. While Laredo Ridge is a step in the right direction, many more projects of this caliber are needed before we reach our potential.

Mr. Hladik works as an Energy Policy Advocate with the Center for Rural Affairs, promoting and developing a clean energy policy that creates economic opportunity for our rural communities.