Through the generous support of the Ewing Marion Kauffman Foundation, Nebraska Community Foundation, NetWork Kansas and Valley County Economic Development worked closely to design and launch the Energizing Entrepreneurial Ecosystems (E3) program. While six communities form the initial E3 cohort, participating local leaders and entrepreneurs will each be asked to reach out to neighboring hometowns to join the effort, resulting in a total of 20 Greater Nebraska communities that will forge new connections to resources, training and peer networking and ultimately boost local prosperity.

On September 30 and October 1, dozens of local leaders representing all six cohort communities met in Ord for the first time. This convening allowed for all participants to witness for themselves the entrepreneurial successes of Valley County, a community that is continually lifted up nationally as a model for what a thriving rural economy can look like. Members of the E3 cohort enjoyed a tour of Valley County’s business community as well as access to a cadre of local entrepreneurs. During the tour, visitors also heard about the ingredients that have been central to Valley County’s approach to community and economic development: leadership, entrepreneurship, philanthropy and youth engagement.

Importantly, they learned a critical lesson that will be embraced by all involved with the E3 network over the next three years – when a community is strong, its economy is strong.

“There’s no one person responsible for economic development,” said Sarah Sinnett, Vice President of Marketing and Technology at G.L. Huyett in Sidney. “Not one individual. It takes the whole community rallying around the cause.”

“This works,” said Don Macke, a consultant to the E3 program. “There are communities like Valley County all across rural Nebraska.”

Organizers say the program is different from past efforts aimed at growing entrepreneurism because it is locally-driven, community-centric and framed with an abundance mindset – a philosophy known worldwide as asset-based community development.

Belitz says this opportunity is afforded to many people working in a 21st century economy who because of technology, have more options than ever before when it comes to choosing where they want to live, work and play.

Success of the E3 program will be measured by the implementation of new entrepreneurial development strategies by participating communities, connections made between entrepreneurs and resources, as well as business launches and expansions. The cohort’s next gathering is scheduled for April 2022 in Holt County.

Headquartered in Lincoln, the Foundation serves communities, donors and organizations by providing financial management, strategic development, education and training to a statewide network of 1,500 volunteers serving over 270 communities.

In the last five years, 46,507 contributions have been made to NCF and its affiliated funds. Since 1994, NCF has reinvested $422.9 million in Nebraska’s people and places. For information, visit NebraskaHometown.org. 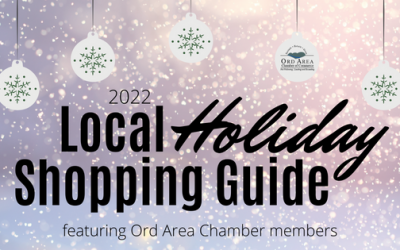